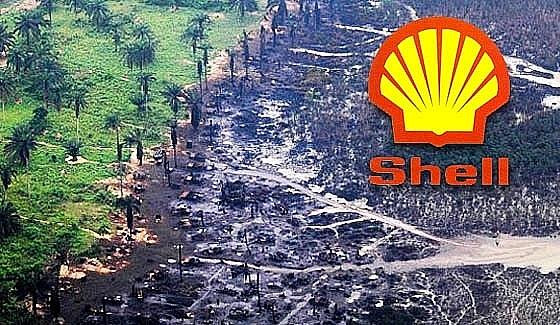 Oil and gas company Shell is paying compensation of the equivalent of 95 million euros to Southern Nigerian communities for oil spills in 1970. This is an amount that was determined years ago by a Nigerian judge in a lawsuit that started in 2001.The amount is now actually being paid out, Shell confirms. That does not mean that the company acknowledges any responsibility or liability for the spills that occurred during Nigeria’s civil war.“It is a difficult period that has led to significant damage to the gas and oil infrastructure in the Niger Delta,” Shell Nigeria said. The affected sites in the Ebubu community have fully recovered, according to the company.Another Compensation

In another case, before the Dutch court, Shell is also waiting for compensation. That case was brought by four Nigerian farmers, supported by Milieudefensie. In January, the Court of Appeal in The Hague ruled that Shell Nigeria is liable for the oil pollution at those farmers. The amount of compensation has yet to be determined.“Shell is increasingly drawing the short straw in court,” Milieudefensie responds today to the news from Nigeria. “But that the victims had to wait fifty years for this is of course worthless. We now have more than fifteen years since the leaks of our lawsuit. Last week another of our plaintiffs died. We need better laws to protect multinationals to curb.”