Back to the news list
Sinopec plans to spend $4.6 bln on hydrogen energy by 2025

China’s Sinopec Corp plans to spend 30 billion yuan ($4.6 billion) on hydrogen energy by 2025 as the state oil and gas major pivots to producing natural gas and hydrogen as part of becoming a carbon-neutral energy provider by 2050.

Asia’s biggest oil refiner said on Monday it plans to become China’s largest company to produce hydrogen for use as a transportation fuel, targeting annual capacity of 200,000 tonnes of hydrogen refuelling by 2025.

“Sinopec will expand forcefully into making hydrogen from renewable energy, and zero in on hydrogen for transportation fuel and using green hydrogen for refining,” acting Chairman Ma Yongsheng said.

The company aims to produce more than 1 million tonnes of so-called green hydrogen from renewable energy sources between 2021 and 2025, as well as add 400 megawatts of solar power generation capacity for supplying electricity to charge vehicles. 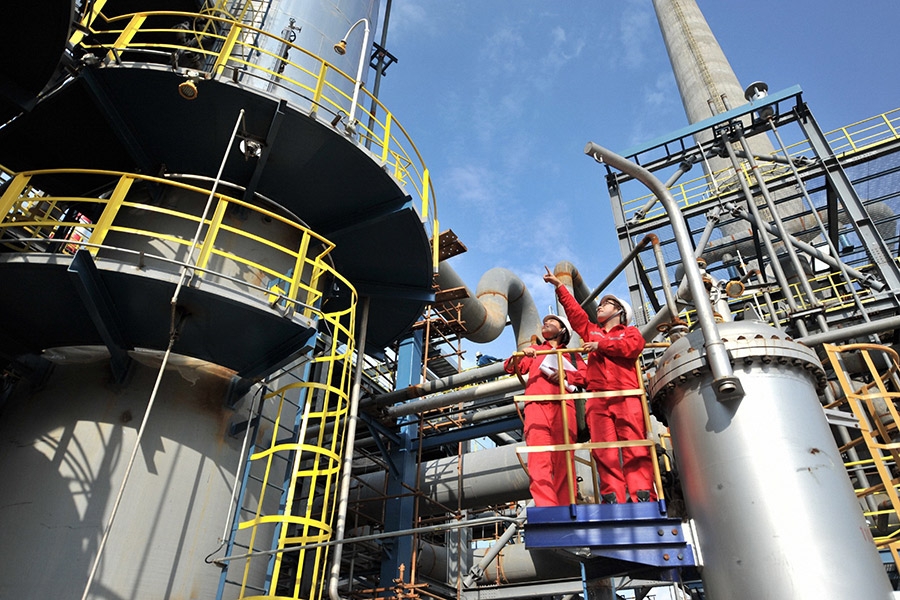 Sinopec has so far built 20 hydrogen filling stations, with another 60 under construction or in the planning and approval stage.

The company produces about 3 million tones per year of hydrogen from non-renewable energy sources that is mainly used in oil refinery and petrochemical processes.

The company on Sunday reported its highest first-half net profit since 2018, at $6.05 billion, on rebounding oil and gas prices as well as steady domestic fuel demand.

China’s natural gas consumption is expected to rise 13.3% in 2021 amid a strong economic recovery and Beijing’s push to replace coal with lower-carbon gas, Ma said. That level of growth should continue over the next three years.

Like state-run peers PetroChina  and CNOOC Ltd  that are prioritizing natural gas development over oil, Sinopec plans to boost gas output in the second half of 2021 by 13.5% from a year earlier, compared with 13.7% growth in the first six months.

Sinopec maximized its refinery operations in the first half, pushing throughput to 126.11 million tones of oil, or about 5.1 million barrels per day, up 13.7% from a year earlier when demand was curtailed by the outbreak of COVID-19.

Domestic fuel sales in the period rose by 8.1% on strong demand for gasoline and other light fuels such as naphtha used as petrochemical feedstocks.

Refinery throughput in the second half of the year is forecast to be flat to the first-half and year-earlier periods, remaining at about 126 million tones.

Its trading arm Unipec posted a profit of 3.5 billion yuan during the period, the firm said, without giving a comparison.