Back to the news list
Temporarily halting petrol and oil imports must be considered carefully: ministry 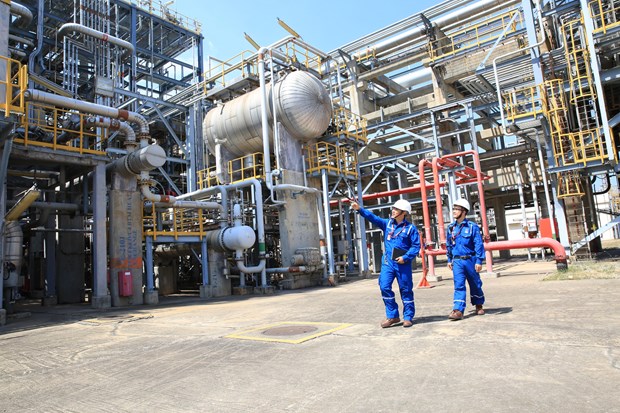 Dung Quất Refinery. Careful consideration would be given to the proposal of temporarily halting the import of petrol and oil, according to the Ministry of Industry and Trade. —VNA/VNS Photo

HÀ NỘI — The proposal of temporarily halting the import of petrol and oil must be carefully considered to ensure national energy security and harmonise benefits between producers and consumers, Deputy Minister of Industry and Trade Đỗ Thắng Hải said.

In mid-April, the Việt Nam Oil and Gas Group (PVN) urged relevant ministries to halt petrol and oil imports to support Dung Quất and Nghi Sơn refineries as domestic sales struggled, resulting in high inventories, sometimes at more than 90 per cent of their storage capacity.

Hải said that the Ministry of Industry and Trade was working with PVN and the Steering Committee on Price Management before making a decision.

Benefits between producers, distributors, consumers and companies which used petrol and oil as inputs, must be balanced and most importantly, any decision made must be to ensure the national energy security.

If petrol and oil imports were halted, this would also affect fuel prices, which might have impacts on enterprises, especially those using petrol and oil as inputs.

Thus, careful consideration must be given, Hải said.

There were 33 companies in Việt Nam permitted to import petrol and oil.

In the first four months of this year, Việt Nam imported 2.4 million tonnes petrol and oil products, worth US$1.12 billion, representing a drop by 21.6 per cent and 40.6 per cent over the same period last year, respectively, customs statistics showed.

Average import price was $466.3 per tonne, 24.2 per cent lower than the same period last year.