Vietnam has a wide range of domestic energy sources such as crude oil, coal, natural gas and hydroelectricity, which have played an important role in economic development for decades. 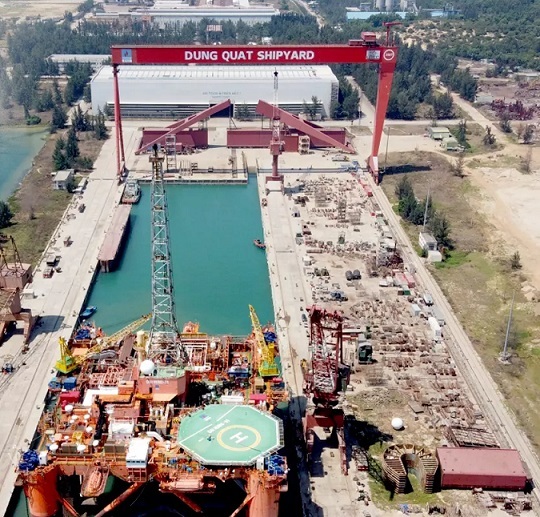 “This is not a good sign, showing a gradual decrease in supply diversification and greater dependence on coal, a fuel with a high emission rate,” the Ministry of Industry and Trade said.

The Ministry is developing an energy strategy as Vietnam has committed to bring net carbon emissions to 0% by 2050.

It is clear that there has been a decreasing trend of energy exports in recent years, while energy imports have continuously risen. The export volume of 2019 was only 8,144 KTOE, down 10.1%/year in 2011-2019. Meanwhile, the amount of energy imported, after a few years of decline due to falling domestic demand, has increased sharply since 2015. This is also the first year that Vietnam officially became an energy importing country.

Customs statistics show that, in terms of value, the contribution of energy exports (excluding electricity) is on a decreasing trend. The highest contribution was 11.3 billion USD in 2012, but by 2019 it was just over 4.2 billion USD. Meanwhile, the import value is on an upward trend, with over 12.6 billion USD, including nearly 3.8 billion USD for coal import.

As an energy importer, Vietnam will face risks in terms of energy security.

According to estimates of energy reserves, with the current rate of exploitation of fossil fuels, Vietnam’s coal reserves can ensure an exploitation period of about 70 years. It is about 40 years for natural gas, and about 20 years for crude oil. With the current demand, Vietnam will have to increase very quickly its energy imports.

Statistics from the Ministry of Industry and Trade show that the amount of coal imported in 2019 was 43.6 million tons, compared to 22.8 million tons in 2018. In the coming years, Vietnam will have to increase imports of Liquefied Natural Gas (LNG) and crude oil, which will lead to an increased dependence on imported energy.

According to the Ministry of Industry and Trade, in order to re-evaluate energy security in a period, it is necessary to consider more general indicators on energy security, such as potential threat to energy security can stem from the political instability of some energy-producing countries, the manipulation of energy supply, the competition for energy supply, and attacks to energy infrastructure, as well as accidents, natural disasters, terrorism, and dependence on oil imports.

Fossil fuels have served as a major source of energy for the entire world over the past century. However, studies reveal that under pressure of climate change and environmental pollution, energy shifts to cut carbon emissions have become a common trend. The search for new energy sources, however, does not immediately mean that it is cheap, available, green and clean, and safe and reliable.

Therefore, in the medium term, fossil fuels cannot be completely replaced and will still account for a significant proportion of the energy structure. However, in the future, coal and then oil will gradually be replaced by natural gas (a cleaner fossil fuel with abundant reserves), and most of the new energy needs will be met by other types of renewable quantity.

According to DNV GL Energy Transition Report, oil and gas will provide 46% of total global energy in 2050 compared with 54% in 2017. Oil demand is forecast to peak soon in 2022 while gas demand will continue to increase.

Gas will overtake oil as the main source of energy for the whole world by 2026. Gas consumption will continue to increase until 2033. Gas will still occupy a dominant role in the energy structure and provide 29% of the world’s energy by 2050.

While oil and gas will still play the leading role for global energy security, renewable energy sources will gradually increase their share and reach 12.1% for solar energy, 11.3% for biomass, and 10.6% for wind power by 2050.

In the future, electricity and clean and renewable energy sources are forecast to take the leading position in energy demand. Vietnam needs to grasp these trends to make appropriate policy adjustments, especially as Vietnam committed to slash net carbon emissions to 0% by 2050 at the 2021 United Nations Climate Change Conference (COP26).