Back to the news list
Vietnam has huge biomass power potential, but more incentives needed

Vietnam expects to add 9,600 MW of power from biomass by 2030, but that will need added incentives.

Pham Huong Giang, an official of the Electricity and Renewable Energy Authority under the Ministry of Industry and Trade, pointed out the low rate of biomass power contributions to the national power grid.

Under Vietnam’s renewable energy development strategy by 2030 with a vision towards 2050, biomass power is set to make up 1 percent of the combined electricity output in 2020, 2.1 percent in 2030, and 8.1 percent in 2050. However, the number stood at only 0.13 percent last year, a far cry from the target, despite incentives issued by the Government to spur the sector’s development, Giang added.

Nguyen Anh Tuan, former Director of the Centre for Renewable Energy under the Institute of Energy, said the modest contribution of biomass power is due to difficulties in material control and fluctuating material prices. Huge investment capital and unattractive price mechanisms have also remained major obstacles, he said. 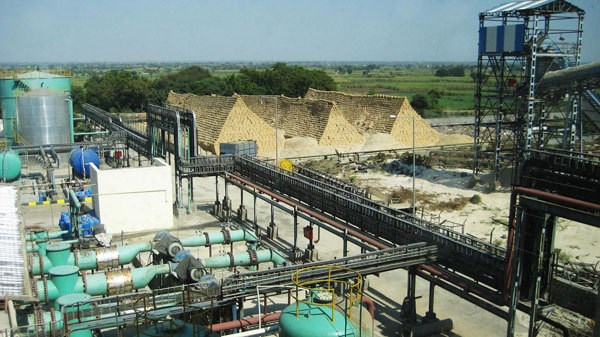 Luong Quang Huy, from the Department of Climate Change at the Ministry of Natural Resources and Environment, held that finance and technology are among the roadblocks. Other problems lie with unattractive policies and high operational costs, along with difficulties in material area development, he added.

According to the National Power Development Plan for the 2021 – 2030 period, with a vision towards 2045 (PDP VIII), the installed capacity of biomass power in Vietnam will reach 1,730MW by 2030. To that end, the country needs more mechanisms to encourage and attract investment in this form of energy.

Giang suggested reviewing mechanisms and policies to lure more investment in both technology and finance and assessing the efficiency of the feed-in tariff (FiT) mechanism.

Mathias Eichelbronner, an international expert in biomass power, said Vietnam’s FiT mechanism is not enough to encourage the development of biomass electricity as the price of 8.47 cent/kWH is much lower than that in Thailand, Malaysia and the Philippines.

Other experts also suggested the Vietnamese Government review the FiT price, amend legal documents and fine-tune administrative procedures to facilitate the development of the sector.