The Minister of Industry and Trade required Deputy Minister Do Thang Hai set up a mobile inspection team to pay visits to key enterprises, distributors, and petrol and oil retail stores across the country and simultaneously import petroleum to make up for the 25 percent shortfall. 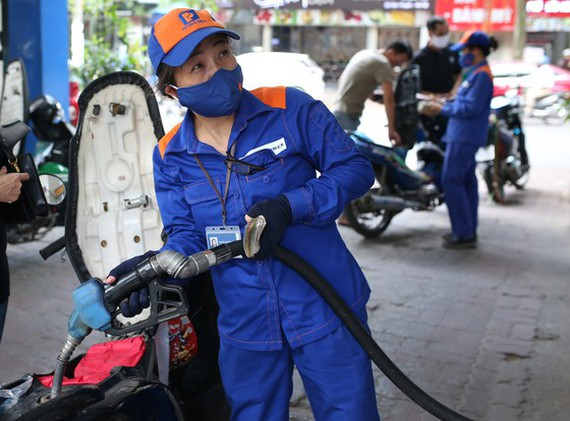 On the afternoon of February 9 in Hanoi, Minister of Industry and Trade Nguyen Hong Dien convened an emergency meeting following the fluctuations of the world gasoline prices, and the unstable supply of the item in the country.

At the meeting, Deputy Minister Do Thang Hai said that the domestic supply is still guaranteed. Currently, three factories namely Nghi Son, Dung Quat, and Binh Son can supply 75 percent of the market demand, so it is necessary to import 25 percent.

He requested the Vietnam Oil and Gas Group to give detailed notice of the supply situation as soon as possible so that petroleum companies can proactively plan to import to make up for the shortfall. The Deputy Minister of Industry and Trade affirmed that it is necessary to resolutely handle violations of petrol trading regulations.

Minister of Industry and Trade Nguyen Hong Dien affirmed that petroleum is a strategic commodity, and supply must be ensured in all situations. Minister Nguyen Hong Dien directed to clarify the cause of the scarcity of petroleum supply and have solutions to relieve it, to prevent the supply disruption from affecting the country’s economic recovery. 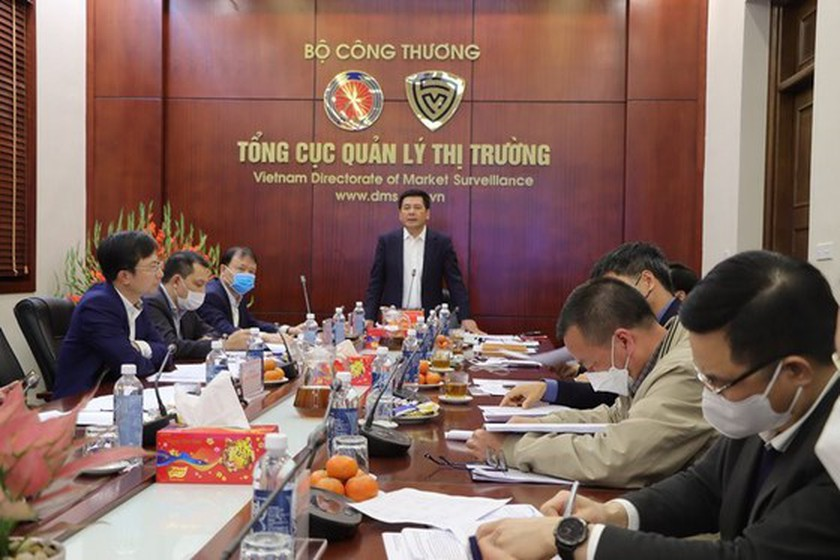 According to the Minister, the supply and price of petrol in Vietnam are affected by supply disruption because the Nghi Son Refinery and Petrochemical plant is facing financial difficulties. In addition, several individuals have been taking advantage of the current situation to hoard goods for profiteering, causing a crisis.

Therefore, in the past few days, there has appeared quite a similar phenomenon in which gas stations shut down, open just a few hours a day, sell on a drip finding many reasons to delay the opening or sell at a higher price, causing psychological insecurity.

According to Minister Nguyen Hong Dien, this phenomenon is just taking place in a few localities but will become common if responsible agencies don’t have drastic and resolute directions to eliminate it.

Director of the Domestic Market Department under the Ministry of Industry and Trade Tran Duy Dong said that with a monthly demand of about 1.8-2 million cubic meters of all kinds of petroleum, the current supply meets the market demand in February 2022. From March, the supply may decrease whereas the inventory is low compared to previous months. However, the Nghi Son Refinery and Petrochemical Plant has planned to run at its full capacity from March 15, 2022.

Currently, key traders also have had plans to import petroleum to make up for the shortfall in supply from domestic production in case the Nghi Son Refinery and Petrochemical Plant can’t guarantee to maintain production activities as planned.

Specifically, the Vietnam Oil Corporation (PVOil) has planned to import more and expects the amount of petroleum to be brought to Vietnam’s ports from February 20 to reach 26,000 cubic meters of petrol and 42,000 cubic meters of oil. Meanwhile the Vietnam National Petroleum Group (Petrolimex) has also signed import contracts to ensure the supply of petroleum to the market according to the registered plan.

Petrolimex’s sales of gasoline to the market in the past month have increased by about 30 percent compared to normal months. Other petroleum wholesalers are also importing petroleum.