Vietnam exported 230,260 mt, or 56,260 b/d, of crude oil in April, an increase of 12.4% from the same month a year earlier, with the Southeast Asian producer aiming to sell as many domestic sweet crudes as possible to minimize its energy trade deficit, market and trade participants said over May 11-17.

The country’s crude exports in the month also rose 28.1% from March, while shipments over January-April rose 20% year on year to 820,188 mt of crude oil, according to latest data from Vietnam Customs. 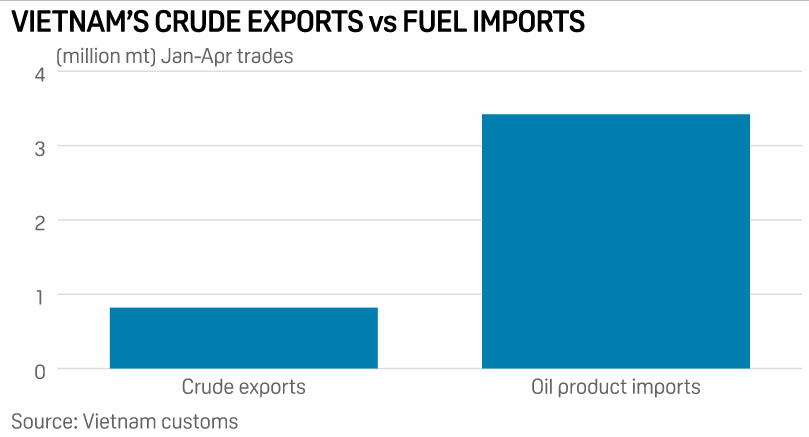 Vietnam’s domestic crude production and sales are picking up rapidly as upstream workforce resumed full operations after Hanoi removed mobility, travel and social distancing restrictions and suspended health declarations for COVID-19 throughout the country from April 30, according to a petroleum production and logistics manager at state-run PetroVietnam.

PetroVietnam’s crude oil production in the first quarter had reached 2.74 million mt, exceeding 25% of its initial Q1 target and equaling 31% of the 2022 plan, an increase of 1% over the same period in 2021. The state-run entity indicated that its 2022 output is on course to exceed its target. 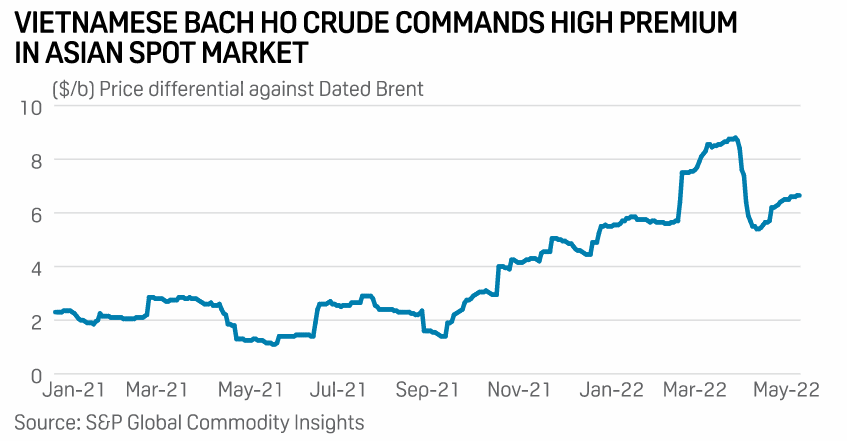 “Vietnam’s total refining capacity is under 350,000 b/d, which is enough to cover just about half of the country’s oil products and chemicals demand… with surging oil prices raising Vietnam’s monthly fuel import bills, the very least the government can do is to maximize revenue from domestic sweet crude sales,” said the PetroVietnam upstream and logistics management source, indicating that Vietnam imported 789,335 mt of oil products in April, up 5.7% from a year earlier.

Vietnamese sweet crudes are commanding healthy premiums in the Asian spot market, with the country’s flagship Bach Ho crude assessed at an average premium of $6.65/b to Dated Brent so far this year, compared with 2021 average premium of $2.70/b, S&P Global Commodity Insights data showed. 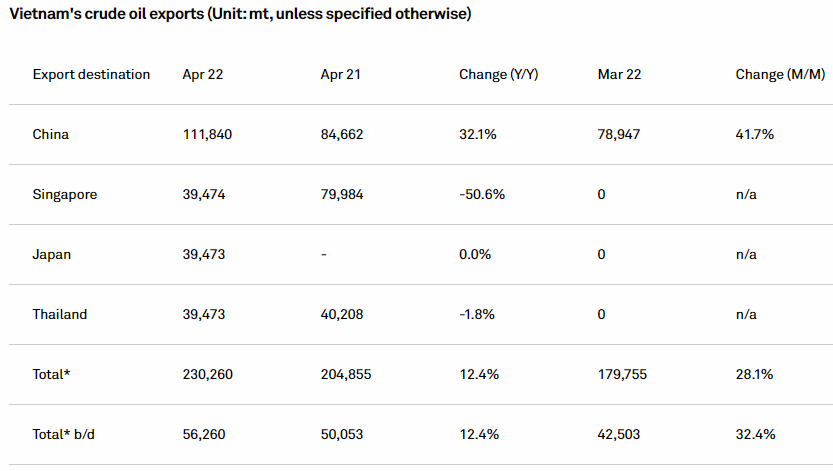 China was the biggest customer of Vietnamese sweet crudes in April, taking 111,840 mt during the month. Singapore was the second-biggest buyer, followed by Japan and Thailand, the customs data showed.