Vietnam will reduce coal-fired power supply by two-thirds between 2025 and 2045 and increase renewable power supply to account for more than half of the total. 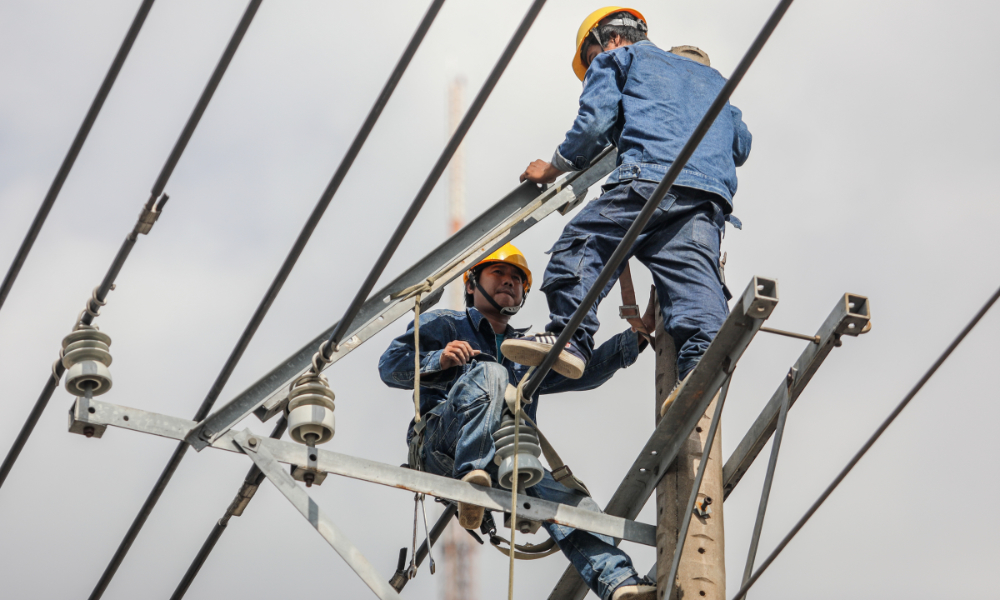 All localities have expressed agreement with the Ministry of Industry and Trade’s latest version – Power Development Plan 8 – which was announced earlier this month. The ministry is required to complete its final draft of the plan and submit it to the government by the end of this month, Deputy Prime Minister Le Van Thanh has said.

The plan includes targets to bring down the ratio of coal-fired power supply from 29.3 percent in 2025 to 9.6 percent in 2045, when the country is set to have a total supply of 401,556 megawatts from all sources.

This means coal-fired projects under construction will still be completed, but no new plant will be approved. 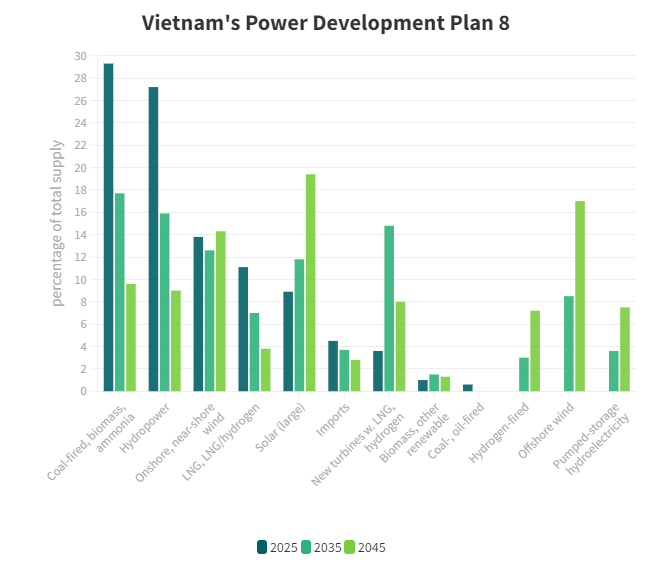 The industry ministry also eyes a gradual transition from liquefied natural gas (LNG) projects to hydrogen power over 20 years. By the 10th year of their operation, the government wants LNG plants to have 20 percent of their capacity coming from hydrogen power. 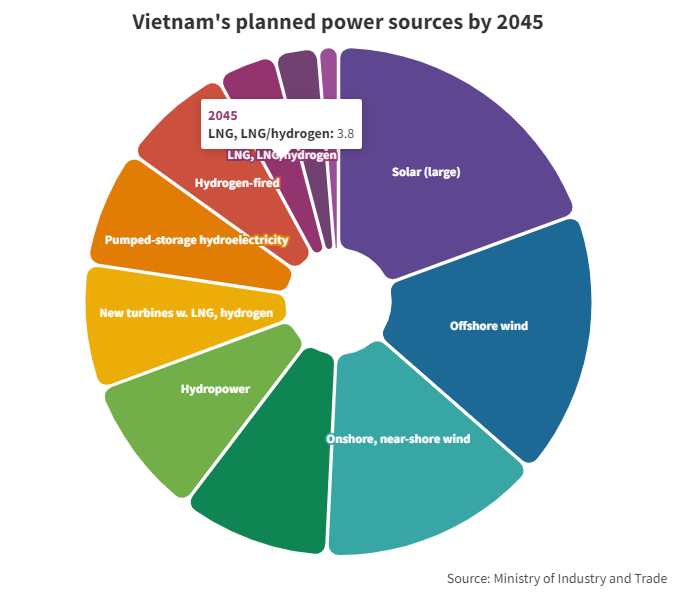 The latest development plan aims to maximize the reduction of coal-fired power sources in order to meet the country’s commitment to achieve carbon neutrality by 2050, the industry ministry told the government in its report.

Carbon emissions are set to hit 175 million tons by 2045 and fall to 42 million tons by 2050. The plan will also increase power independency and reduce the need for energy imports, the ministry said. Power imports are set to see their ratio decrease from 4.5 percent of total supply in 2025 to 2.8 percent in 2045. The industry ministry estimates an investment of $141.6 billion to implement this plant, with transmission accounting for nearly 10 percent. It wants to increase power transmission from the central and southern regions to the northern region starting 2030.