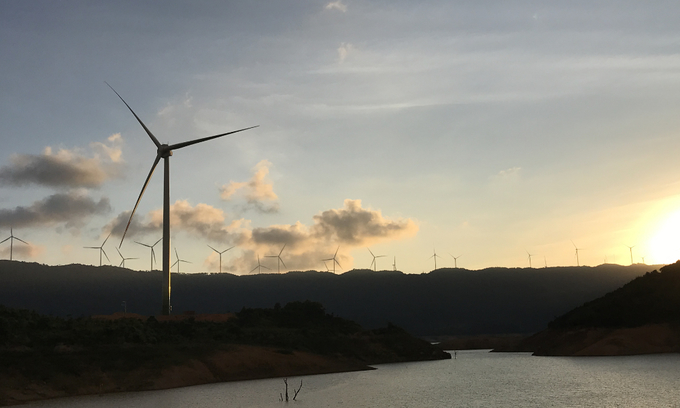 Vietnam plans to have renewables account for 75 percent of national power production capacity and 70 percent of actual production by 2045 under its COP 26 commitments. The targets have been set as part of the country’s transition to clean energy after PM Pham Minh Chinh committed to reaching net zero emissions by 2050 at the 2021 United Nations Climate Change Conference (COP 26) last month.

oang Tien Dung, head of the Electricity and Renewable Energy Authority, also said at a Tuesday conference that Vietnam will make a shift from fossil fuels to clean and renewable energy. He said that under the draft 10-year Power Development Plan VIII (2021-2030 with vision until 2045), the Ministry of Industry and Trade plans to increase wind and solar power capacity by 333 percent and 167 percent, respectively, over Power Development Plan VII. The solar capacity will include power generated by rooftop panels.

​​​​​​​The development of renewable energy will bring Vietnam many benefits including lower operating costs, because renewable energy costs are set to decline in the upcoming decades while those of fossil fuel sources are set to rise, he added. “Vietnam needs to push investment in new and green technologies and dedicate resources to developing these with due technology transfers,” Tung said.

Dao Xuan Lai, head of UNDP Vietnam’s Climate Change and Environment Unit, said another priority should be to use energy more efficiently. Vietnam’s energy intensity (amount of energy required to produce one unit of GDP) is 1.5–1.7 times higher than other countries in the region, he said. The country also needs to reduce emissions from the manufacturing sector by half to reach greenhouse gas neutrality in the future, he added.

Dung said that as the ratio of renewable energy capacity increases, more investments are needed in transmission capacity. The Power Development Plan VIII will include both capacity and transmission development, which will help resolve distribution issues, he added.