Accumulated to the end of June, state budget revenue was estimated at VND941.3 trillion, equaling 66.7% of the estimate, of which domestic revenue reached 63.6%; revenue from crude oil reached 125.6%; income from import and export activities reached 79.4% of the estimate. 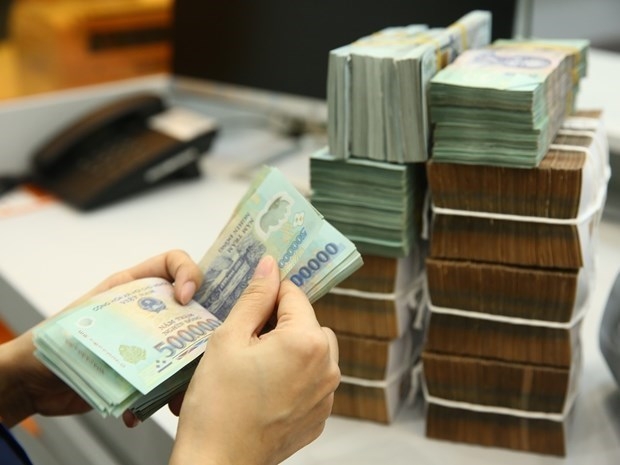 The Ministry of Finance (MoF) said that in the first 6 months of the year, in the context of the economy still facing many difficulties, challenges and adverse impacts from the armed conflicts between Russia and Ukraine, the Ministry took the initiative to the competent authorities shall promptly promulgate policies on exemption, reduction and extension of taxes, land rents, fees and charges to remove difficulties and support businesses and people. The results of the implementation of policies on tax exemption, reduction, relaxation of taxes, fees, charges, and land rents in the first 6 months of the program of economic recovery and development are about VND39.8 trillion. Including VND6.1 trillion in exemption and reduction according to Resolution No. 406/NQ-UBTVQH15 dated October 19, 2021, of the National Assembly Standing Committee, the total amount of exemption, reduction and extension is about VND45,9 trillion.

In the face of complicated developments in oil and gas world market, oil and gas prices increased sharply, putting pressure on inflation, production and business activities of enterprises and people’s lives, the MoF reported to the Government. submit to the National Assembly Standing Committee for promulgation Resolution No. 18/2022/UBTVQH15 dated March 23, 2022, to reduce the environmental protection tax rate on gasoline, oil and grease (according to the simplified order and procedures), valid from April 1, 2022, to December 31, 2022.

In addition, the MoF focused on directing the good implementation of tax laws; proactively coordinate with ministries, branches, and localities in doing well in revenue management; handling tax arrears; to step up the fight against revenue loss, smuggling, trade fraud and tax evasion. Accumulated to the end of June, state budget revenue was estimated at VND 941.3 trillion, equaling 66.7% of the estimate, of which: domestic revenue reached 63.6%, revenue from crude oil reached 125.6%, and from import and export activities reached 79.4% of the estimate.

Thus, in the first 6 months of 2022, the state budget has a surplus of more than VND228 trillion.