Back to the news list
Vietsovpetro’s profits see 73.2 percent higher than target in 2021

Vietnam-Russia oil and gas joint venture Vietsovpetro has exceeded the production and financial targets for 2021 with profits for both sides was 282.5 million, or 73.2 percent higher than the set plan. 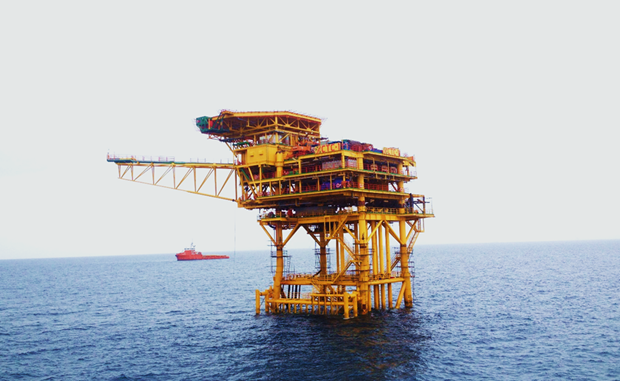 The CTC1-WHP oilrig in the Ca Tam field

According to Vietsovpetro, despite facing numerous difficulties, including the fluctuations in oil prices and negative impact of the COVID-19 pandemic, it has still completed its assigned tasks thanks to the adoption of flexible measures and effective support from Vietnam Oil and Gas Group (PetroVietnam) and Zarubeznheft Group.

Regarding oil and gas exploitation, the company’s total oil production reached the target 19 days earlier while natural gas production was also completed its target one month ahead of the schedule.

Mr. Nguyen Quynh Lam, General Director of Vietsovpetro, said the joint venture aims to exploit over 2.9 million tonnes of oil equivalent and 65.4 million cu.m of natural gas in 2022. It also targets to generate more than 1.3 billion USD in revenue from oil sales and nearly 190 million USD in profits while contributing 679 million USD to the State budget in 2022.

The director general said Vietsovpetro will take the initiative in carrying out a number of solutions to fulfill the above-mentioned target as well as make efforts in completing development goals for the following years.