On December 4, 2021 in Hanoi held a meeting between the Electricity of Vietnam (EVN) and Vietnam Coal and Mineral Industries Group (Vinacomin) on the situation of coal supply for power production in 2021 and preparing the plan to supply coal for EVN’s thermal power plants in 2022.

At the meeting, EVN General Director – Tran Dinh Nhan informed that since 2021 beginning, due to the influence of the Covid-19 epidemic, the electricity load demand on the national power system strongly fluctuated and was difficult to forecast. The power generation of the whole system in the first 11 months of 2021 reached 235 billion kWh as increase by 4.21% over the same period in 2020 and lower by nearly 5 billion kWh than the plan approved by the Ministry of Industry and Trade. In April, May and June ò this year, although electricity demand in April, May, and June grew at a very high rate, but the electricity consumption decreased sharply due to implementing social in many provinces/cities.

In the general situation, the need for mobilizing the power plants, generally and coal power plants particularly must be also adjusted down in the last months of this year. In this situation, power plants using imported coal should be more affected. 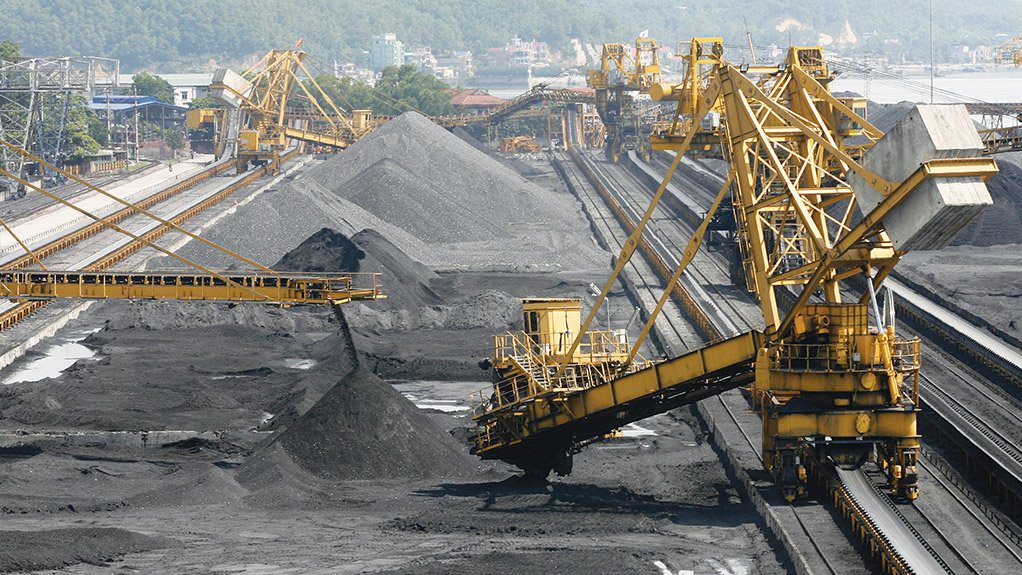 According to EVN’s assessment, the coal supply situation of Vinacomin in 2021 was relatively stable, meeting the operation of EVN’s thermal power plants. However, since Vinacomin provided mixed coal, the quality of coal is often not uniform (that affects the stable combustion mode of the boiler, increases heat dissipation rate), with many different technical norms in comparison with domestic coal of the same type and not fully compatible with the design range of power plants as humidity, hydrogen content (that decreases boiler efficiency and increases heat dissipation rate), dry volatile substance, iron oxide content, slag melting temperature … The coordination between EVN’s thermal power plants and Vinacomin coal suppliers still need to improve efficiency for supervising and timely adjusting the quality of supplied coal.

To ensure coal for power generation in 2022, EVN’s units implemented the coal supply contract negotiations with Vinacomin suppliers from October 2021. The total coal volume that EVN power plants expected to sign with Vinacomin is 18.08 million tons, as by 1.12 million tons lower than the volume signed in long-term coal contracts.

To ensure the best coal supply for power generation in 2022, EVN proposed Vinacomin to add the binding terms with the norms directly affecting the reliable and economic operation of the thermal power plants as hydrogen content, slag melting temperature, iron oxide content and crushing index HGI.

Due to that the electricity load in 2022 should be difficult to forecast, especially in the Southern region, it is necessary to make a flexible mechanism for coal transfer between the power plants or extend coal volume adjustment range for corresponding real demand of power plants. 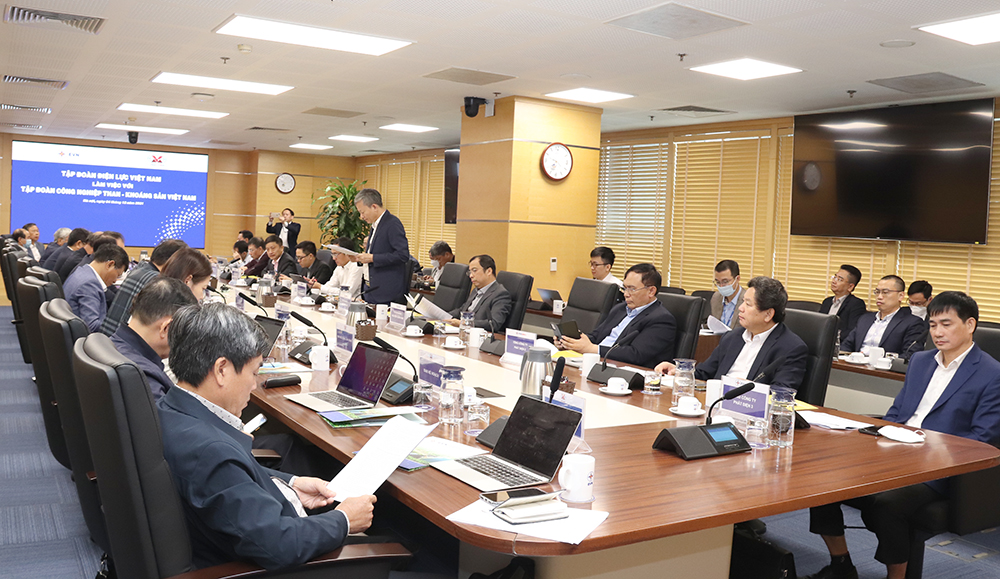 At the event. Source: bocongthuong

At the meeting, Mr. Le Minh Chuan – Chairman of Vinacomin Member Council said that in recent time, the two groups coordinated very closely, especially in supplying coal for power generation to ensure the energy security of the country. Difficulties and obstacles the implementing Coal Purchase Agreement were promptly resolved by the leaders of the two groups. However, due to the impact of the Covid-19 epidemic, the world coal price high increased, so coal import was also faced challenges, therefore EVN needs to soon put the concrete and detailed plan on coal demand for Vinacomin to establish an operation plan avoiding coal inventory situations like in 2021.

Regarding technical handling of mixed coal, Vinacomin should acknowledge the recommendations of EVN and will continue to study and deal with it to ensure the best coal for power plants to ensure the security of the power system.

According to Mr. Duong Quang Thanh – Chairman of EVN’s Member Council, the low electricity growth rate in 2021, affected by Covid-19 led to reducing coal power plants. In 2022, EVN established a detailed plan with many scenarios for managing power systems to ensure power supply for the socio-economic development of the country. EVN requires its units to soon sign Coal Purchase Agreement with Vinacomin for Vinacomin units to make plans to coal supply for the coal thermal power plants, which should be highly generated at the beginning of 2022, when the economy recovers.