Back to the news list
With Nord Stream gone, where will Europe get its gas?

Accusations continue to fly about the cause of major leaks from the two Nord Stream pipelines transporting gas through the Baltic Sea from Russia to Europe.

Until this latest development, Russia had maintained that Western sanctions were behind disruptions to supply from the Nord Stream 1 pipeline, as maintenance and repair of essential equipment could not proceed.

The German company Siemens that supplied the equipment maintains that this isn’t the case. Politicians across Europe have accused Russia of blackmail and of weaponizing the supply of natural gas.

Whatever the truth, most of Europe will now have to face winter 2022, and likely beyond, without any Russian pipeline gas. The EU is determined to end its reliance on Russian gas as soon as possible, a process that might be accelerated by current events. 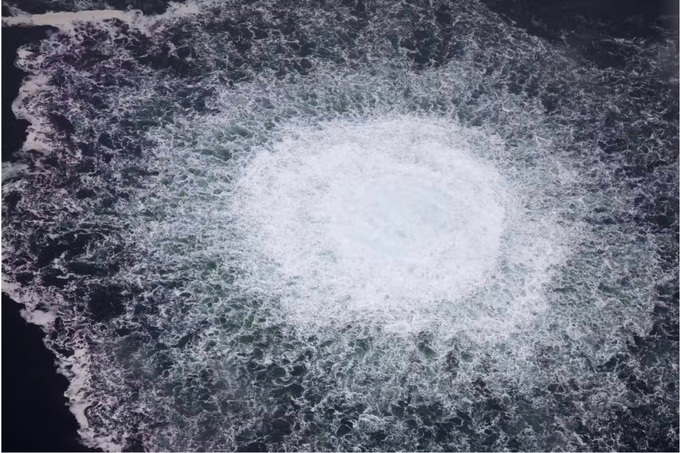 The next two winters are going to be very challenging for all of Europe’s gas consumers: households, businesses and industry. But moves are in play that will fundamentally change the continent’s position in global gas markets.

In the past, Europe played a balancing role: a place where liquefied natural gas (LNG) cargoes were sent, normally in the summer months, when demand was low in Asia. As such, LNG was marginal in European gas security relative to Russian pipeline gas.

If, by 2027, Europe no longer imports Russian gas of any kind, then it will have to compete with Asia as a center of demand. How long it will take for the LNG market to increase supply to meet Europe’s new demand is unclear, but the global market will rebalance as a result.

A bleak winter ahead

Russia supplied around 40% of all the gas consumed in the EU in 2021. Germany is especially reliant on this supply of cheap gas. Gas only generates about 15% of the country’s electricity but many rely on it for heating and it is vital to heavy industries such as petrochemicals that use a lot of energy.

Drastic measures are now necessary to secure alternative supplies, reduce gas demand and prepare for the possibility of shortages this winter. The EU’s Save Gas for a Safe Winter program aims to reduce overall gas demand by 15% across the bloc this winter by asking people to turn down thermostats in homes and offices, for example. Further measures are expected in the coming days.

The good news for supply to Europe is that its other sources of pipeline gas – Norway, North Africa and Azerbaijan – are all flowing normally. Winter storage is over 80% full, which is well ahead of the EU’s deadline to hit this milestone by the end of October.

Europe’s ability to get through the winter without a gas supply crisis will depend in large part on the weather: not just how cold it is, but also how sunny and windy, as gas backs up renewable power generation in many countries.

Otherwise, Europe needs to attract flexible LNG cargoes to Europe (that is, supplies that are not tied into long-term contracts which dominate in Asia). EU member states and members of the European Economic Area are expected to import 41 billion cubic meters more LNG than in 2021, covering 67% of the expected drop in Russian imports.

This remarkable progress was aided by China’s LNG demand falling almost 25% this year compared to last due to its “Zero Covid” policy and the slowdown in its economy. Nevertheless, this still leaves a significant supply gap and there are warning signs of growing competition from other parts of Asia for winter LNG supplies.

All hands on deck

To ensure this gas can be imported, however, Europe needs better LNG infrastructure (the terminals that unload LNG from ships, store it and then convert it to a gas that is injected into pipelines that carry it to consumers).

All around Europe’s coasts new LNG import terminal projects are being planned. One industry analysis suggests that the EU total import capacity could increase by 42% by 2025. But it takes time to build these permanent LNG terminals. In the meantime, Europe has been busy leasing floating regasification and storage units – large ships that are moored and unload the LNG from specialist carriers and convert it into gas for pipelines.

The same industry analysis suggests that Europe’s import capacity will grow faster than additional LNG supplies, resulting in increased competition and a tight market for the next few years. Certainly, Germany’s Chancellor Olaf Scholz has been on a whistlestop tour of LNG-exporting countries like the United Arab Emirates to fill his new terminals.

Fortunately, by 2026-27, a wave of new LNG supply will fill these terminals as production expands in Qatar and new projects come on stream in the US. The current crisis is also prompting new investments, particularly in the US, and the industry is even talking about a danger of oversupply by the end of the decade.

But the EU doesn’t just want to pivot away from Russian gas, it is seeking to drive down gas demand by accelerating its deployment of renewable power, improving the energy efficiency of its building stock, electrifying domestic heating and finding alternatives to gas use in industry, such as hydrogen. This means that Europe’s LNG needs may well peak by the end of the decade, contributing to global oversupply.

The natural gas industry hopes that Asia will then pick up the slack, but that is by no means certain. Europe’s response to the current gas crisis may mean that by 2030 it is consuming far less gas than might otherwise have been the case and that it is further down the road to meeting its climate change targets, as well as improving its energy security.