On July 20th, 2022, Nghi Son Refinery and Petrochemical LLC (NSRP) in Nghi Son Economic Zone, Thanh Hoa Province, Vietnam has successfully loaded two shipments of gasoline and middle distillate to the Nghi Son Refinery Distribution Branch of the Vietnam Oil and Gas Group (PVNDB) in accordance with the off-take agreement signed between the two sides since 2013. 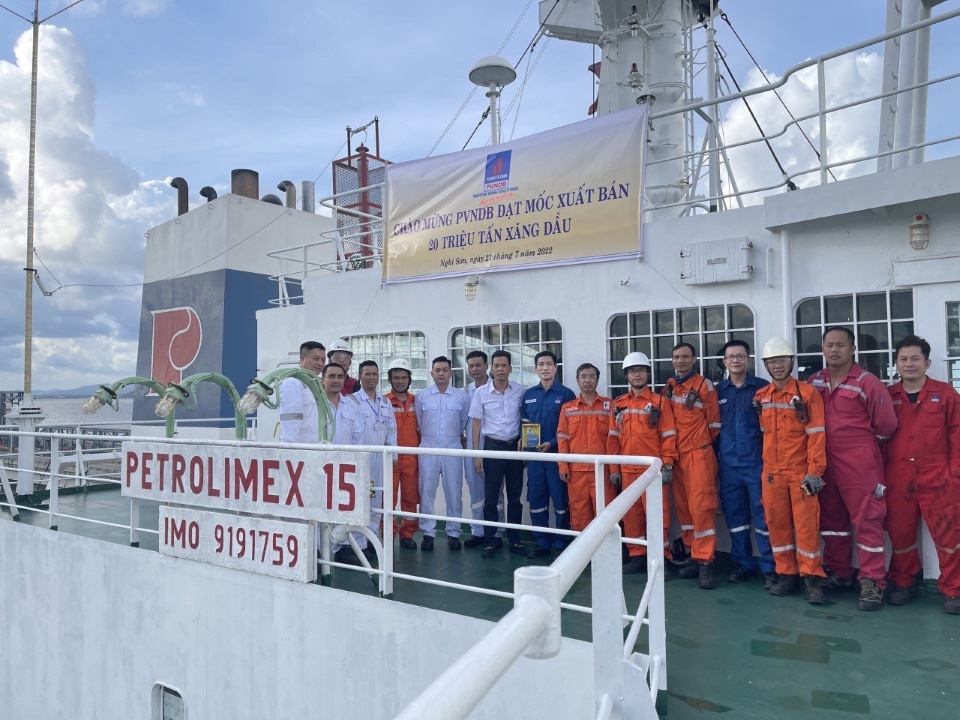 This event has marked an important milestone of the company’s supplying a total of 20 million metric tons of petroleum products to the Vietnamese market since the first shipment to PVNDB in October 2018, which is equivalent to the national annual consumption demand of 20.5 to 21 million metric tons.

The fuel product supply from Nghi Son Refinery towards the Vietnamese national demand is currently 35%, contributing to the overall proportion of the domestic production at about 65 -70%. The remaining 30% of the domestic demand relies on the import of finished petroleum products from surrounding countries such as Singapore, South Korea and China.

Mr. So Hasegawa, General Director of NSRP said: “We are very proud of this significant achievement and, on behalf of NSRP, I would like to convey my sincerest gratitude to all our stakeholders, such as the Sponsors, the relevant authorities, our employees and commercial partners, for their continuous support on us. In the context of the “new-normal” after such a prolonged and complex period of the COVID-19 pandemic that has been negatively affecting the international and domestic oil and gas market, this remarkable success of NSRP has strongly reaffirmed the product quality and asserted our positive impact on the national energy security and economic development”.

With a total investment capital of over US$ 9 billion and a processing capacity of 200,000 barrels of Kuwait crude oil per day (equivalent to 10 million tons per year), the Refinery is one of Vietnam’s key national projects and one of the most sophisticated refineries operating in Asia today.