Back to the news list
CNOOC raises 2022 production target, sees oil peak by 2030

China’s CNOOC Ltd sets its 2022 production target at 10% above last year’s goal, while expects its domestic crude oil output to hit a plateau by 2030 and domestic natural gas by 2035 in line with China’s peak fuel demand.

The offshore oil and gas producer targeted a record output at 600 million-610 million barrels of oil equivalent (boe) for this year, versus 545 million-555 million boe in 2021. 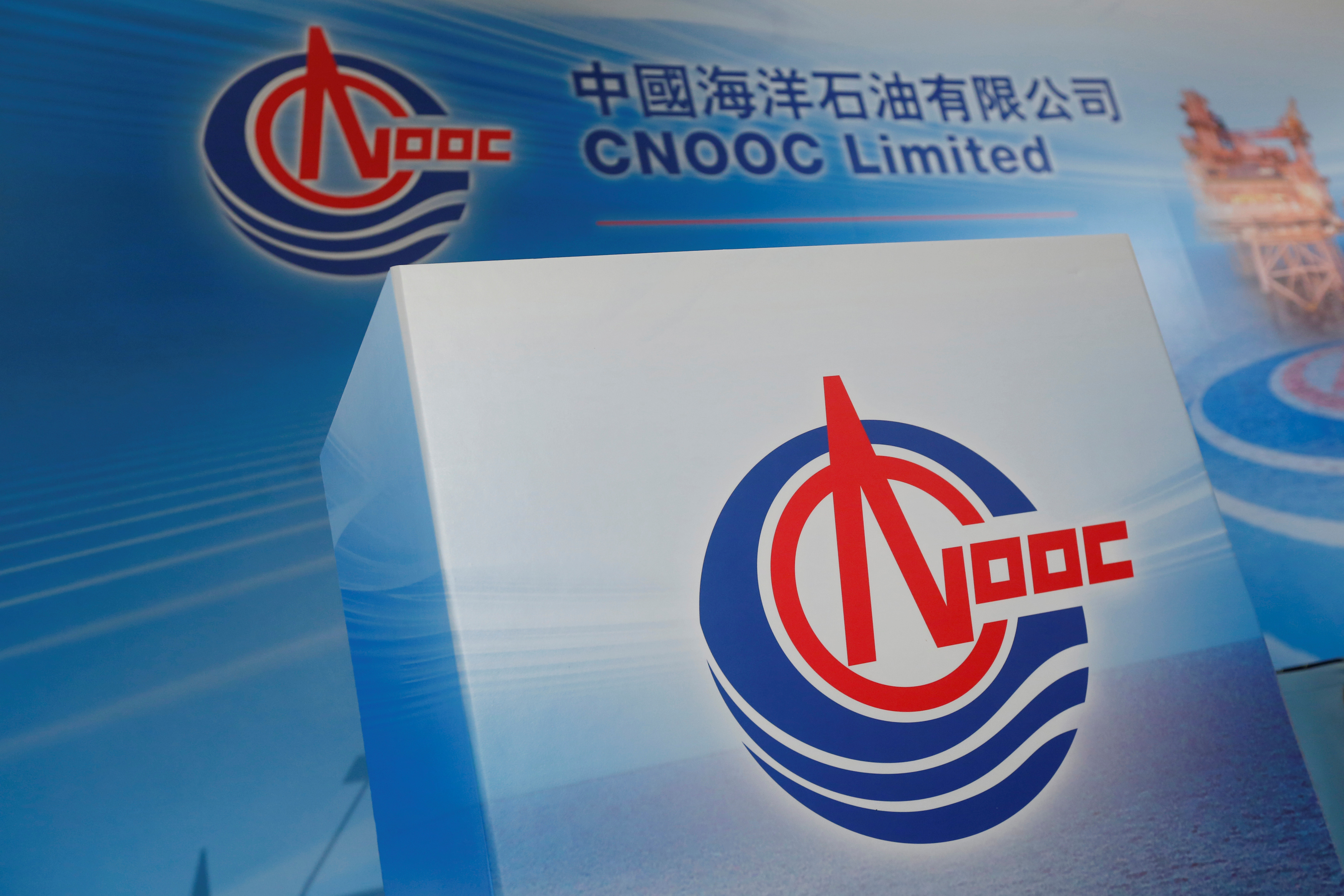 CNOOC forecasts its domestic crude oil output to hit a peak of 60 million tons by 2030 and natural gas output to cap at 40 billion cubic meters by 2035.

Xu Keqiang, chief executive officer of CNOOC, told reporters on a conference call that the estimates were made based on oil and gas demand, climate change targets and the energy security situation in China.

China has pledged to achieve peak carbon emissions by 2030 and carbon neutrality before 2060, but said energy security must be considered amid those efforts. 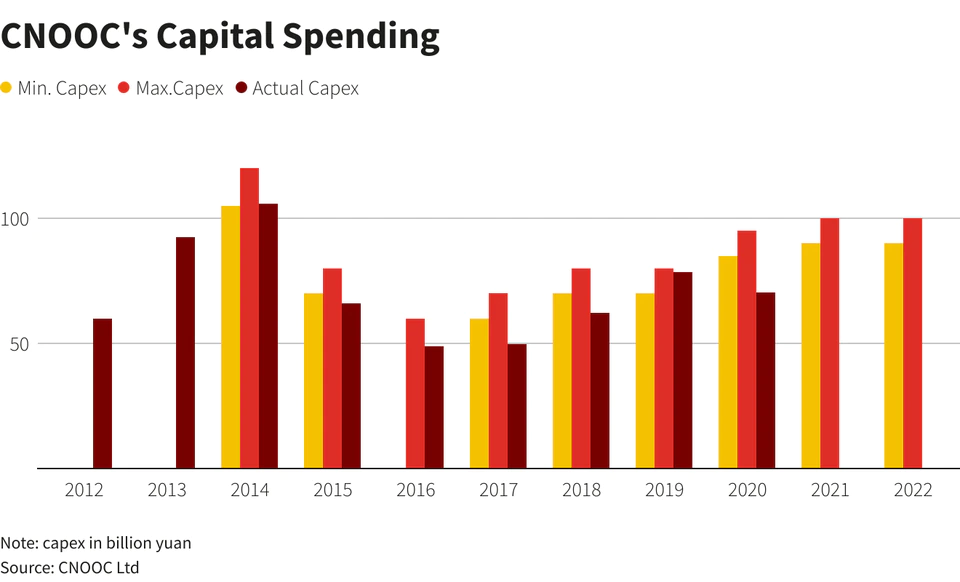 The offshore specialist has become the largest contributor to the rise in domestic Chinese oil production, making up 80% of the total national increase in 2020, state media reported. Its Bohai oil cluster off north China has overtaken Daqing to become the country’s biggest crude oil production base, with 2021 output hitting 30.132 million tons.

For 2022, the company plans to drill 227 offshore exploration wells and 132 onshore unconventional exploration wells. It also expects to launch 13 new projects, including the Bozhong, Kenli and Enping oilfields in China, Liza Phase II in Guyana and 3M in Indonesia.

Xu added that CNOOC expects the global oil market to be in a “tight balance” in 2022 with fuel demand likely returning to the pre-pandemic levels. 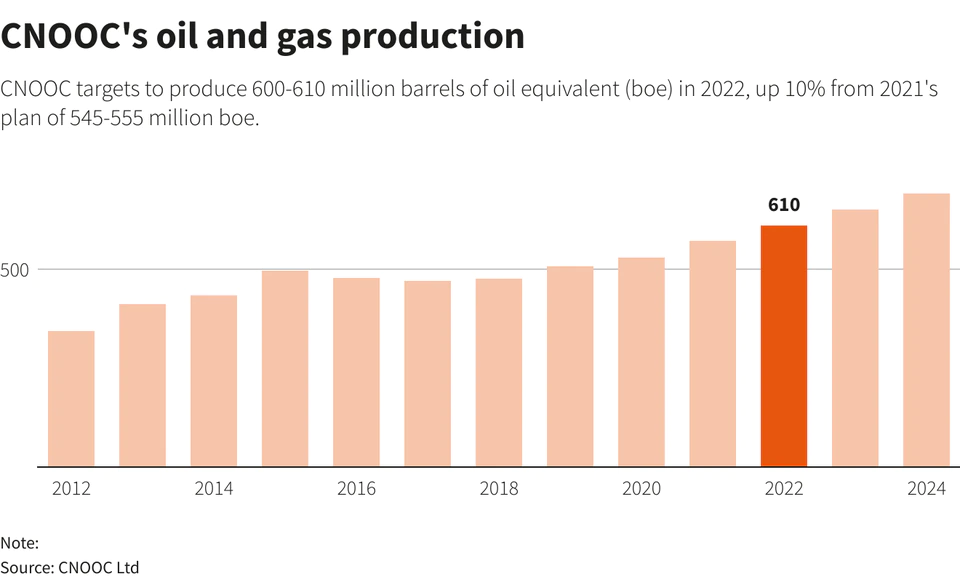