In compliance with IFC’s standard No. 4, with the aim of improving emergency response capacity for fence-line communities of NSRP, helping people feel secure when living next to the Refinery and understand the evacuation process when an emergency occurs, from January 13th to 17th 2021, NSRP, in cooperation with the People’s Committee of Mai Lam ward and the People’s Committee of Tinh Hai ward, has deployed 04 evacuation drills in emergency situations for fence-line people of  Kim Phu, Tan Thanh residential groups (Mai Lam ward) and Trung Son residential group (Tinh Hai ward). As planned, there will be one evacuation drill for Bac Yen villagers (Hai Yen commune), scheduled to be conducted on January 20th 2021. This is a series of activities under the scope of work of Community Emergency Preparedness and Response project (CEPR). 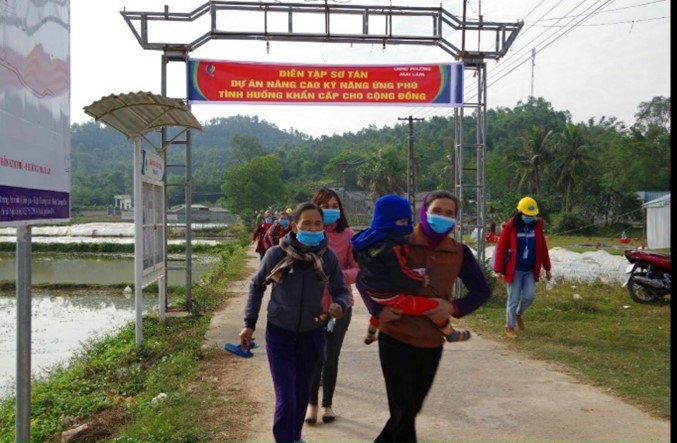 The drills were conducted under the direction of the Commanding Committee of Natural Disaster Prevention and Control, Search and Rescue (CCNDP & CSR) of the relevant commune/ ward according to the approved scenario. Accordingly, there was an assumable big fire at the Refinery which was likely to affect directly the fence-line communities and people needed to evacuate to muster point according to Level I. The specific scenario was that right after receiving information about the incident from NSRP, Head of the CCNDP & CSR of commune/ ward immediately requested the village head/ head of residential group to evacuate fence-line people to the muster point at People’s Committees of commune/ ward; and at the same time required all members of the CCNDP & CSR to carry out assigned tasks and support people to evacuate. People living in the affected area, after listening to the evacuation order, immediately evacuated according to the guidance and instruction of the CCNDP & CSR then quickly moved to the muster point. After moving to the Hall of the People’s Committee of the commune/ ward, the CCNDP & CSR would conduct the attendance check and distribute necessary food to the people.

Mr. Van Huy Tran, Deputy Head of CCNDP & CSR of Mai Lam ward assessed that this was a practical activity for all fence-line people and required local authority and social organizations at ward and residential group levels, and people to seriously perform the drill to clearly understand emergency evacuation skills, comprehend evacuation routes to muster point and memorize the evacuation process when incident happens.

Participating in the drill, Mr. Le Van Von, a resident of Tan Thanh residential group, shared: “Our people feel very satisfied when NSRP and local authority have cared and held such essential drill. Thereby, we have understood how to evacuate and the route to go when there is an emergency. We also hope that NSRP and the local authority will continue to coordinate to organize this kind of exercise on a regular basis for people living in fence-line area of NSRP”. 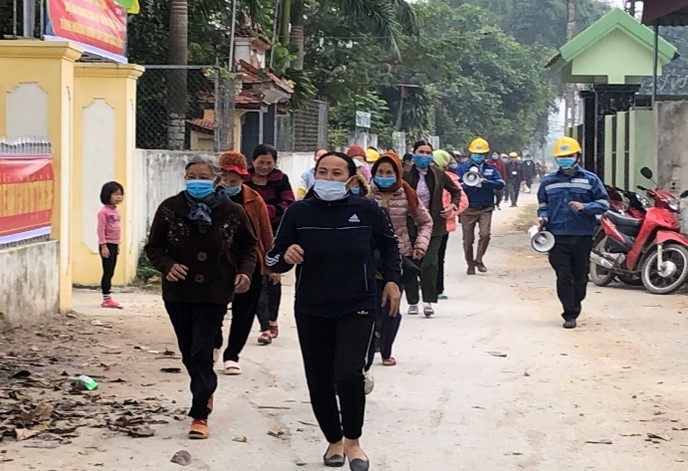 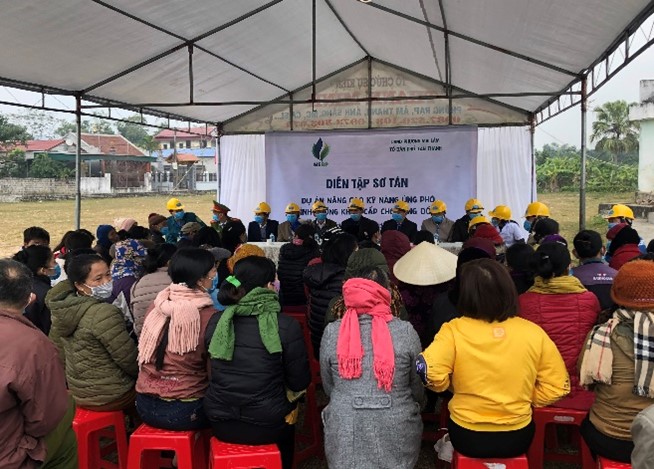