Recently, in Thanh Hoa province in general and Nghi Son district in particular, there have been many tragic drowning cases among children, especially in the summer time. In order to contribute to reducing the risk of drowning for children in the fenceline communities, Nghi Son Refinery and Petrochemical LLC (NSRP) has cooperated with the Education & Training Department (DoET) of Nghi Son district, local authorities and Dong Tam No.1 Construction and Trading JSC to implement the project “ lifesaving drowning prevention in 2022″ for 1,000 primary and secondary school students in Mai Lam, Tinh Hai ward (including students from Bac Yen village, Hai Yen commune). 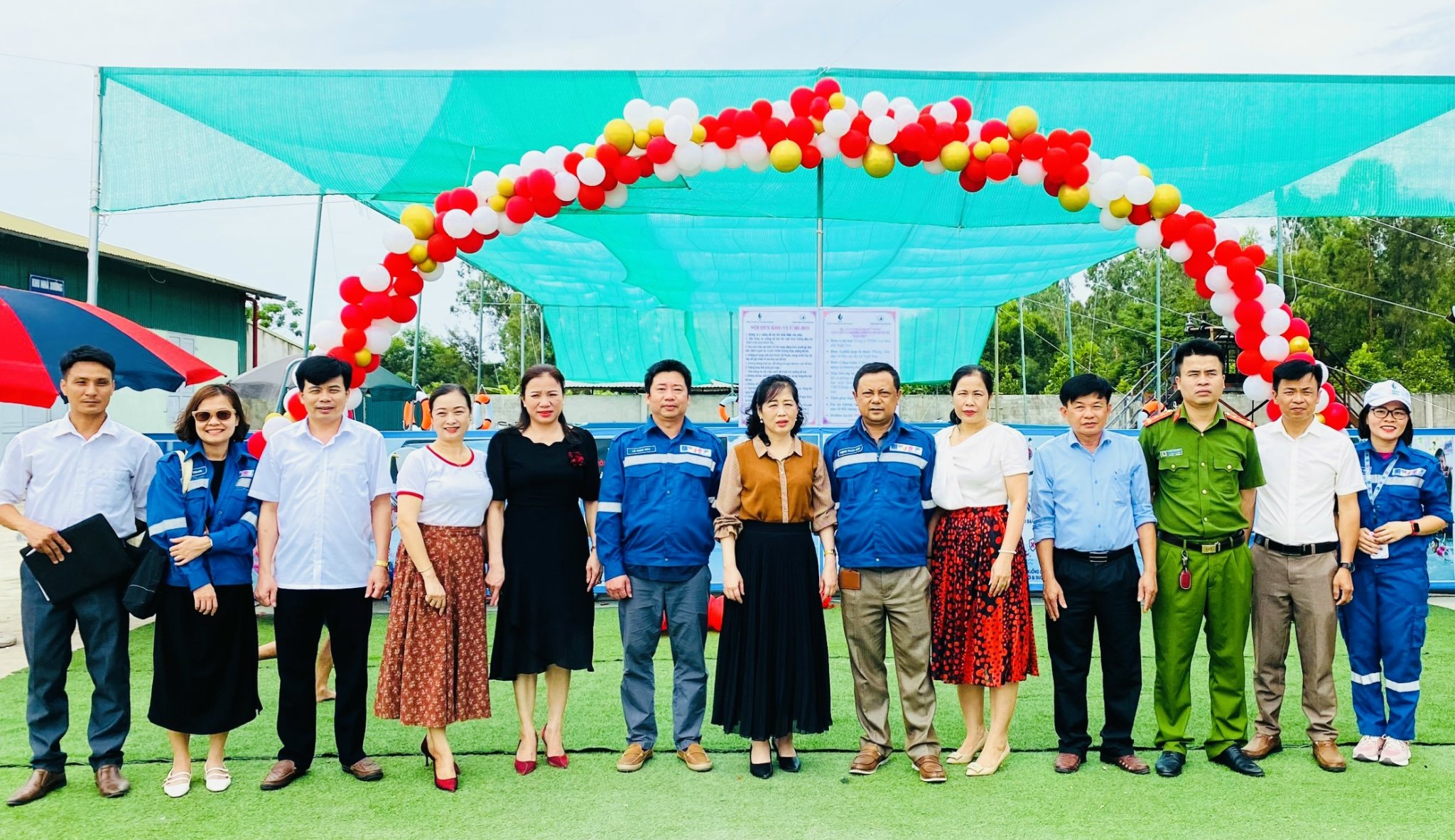 Currently, the project has completed the installation of 2 swimming pools in Mai Lam and Tinh Hai wards which are ready to put into operation, ensuring safety standards with full functions and auxiliary facilities. NSRP also cooperated with local authorities at all levels to propagate the purpose, meaning and target audiences of the project to schools, parents, and people in the beneficiary areas; received and guided parents to register their children to participate in the project; organized training classes on swimming skills and drowning prevention for registered students etc. According to the plan, the project will be implemented from June to August 2022, it is expected that each student will learn continuously  about 12 swimming lessons.

On June 6, 2022, in Tinh Hai and Mai Lam wards, the opening ceremony of two swimming pools and the launching of the “ lifesaving drowning prevention in 2022” project for primary and secondary students in Mai Lam, Tinh Hai ward and Bac Yen village, Hai Yen commune took place successfully with the participation of representatives of NSRP, Nghi Son DoET, the coordinators and beneficiaries. 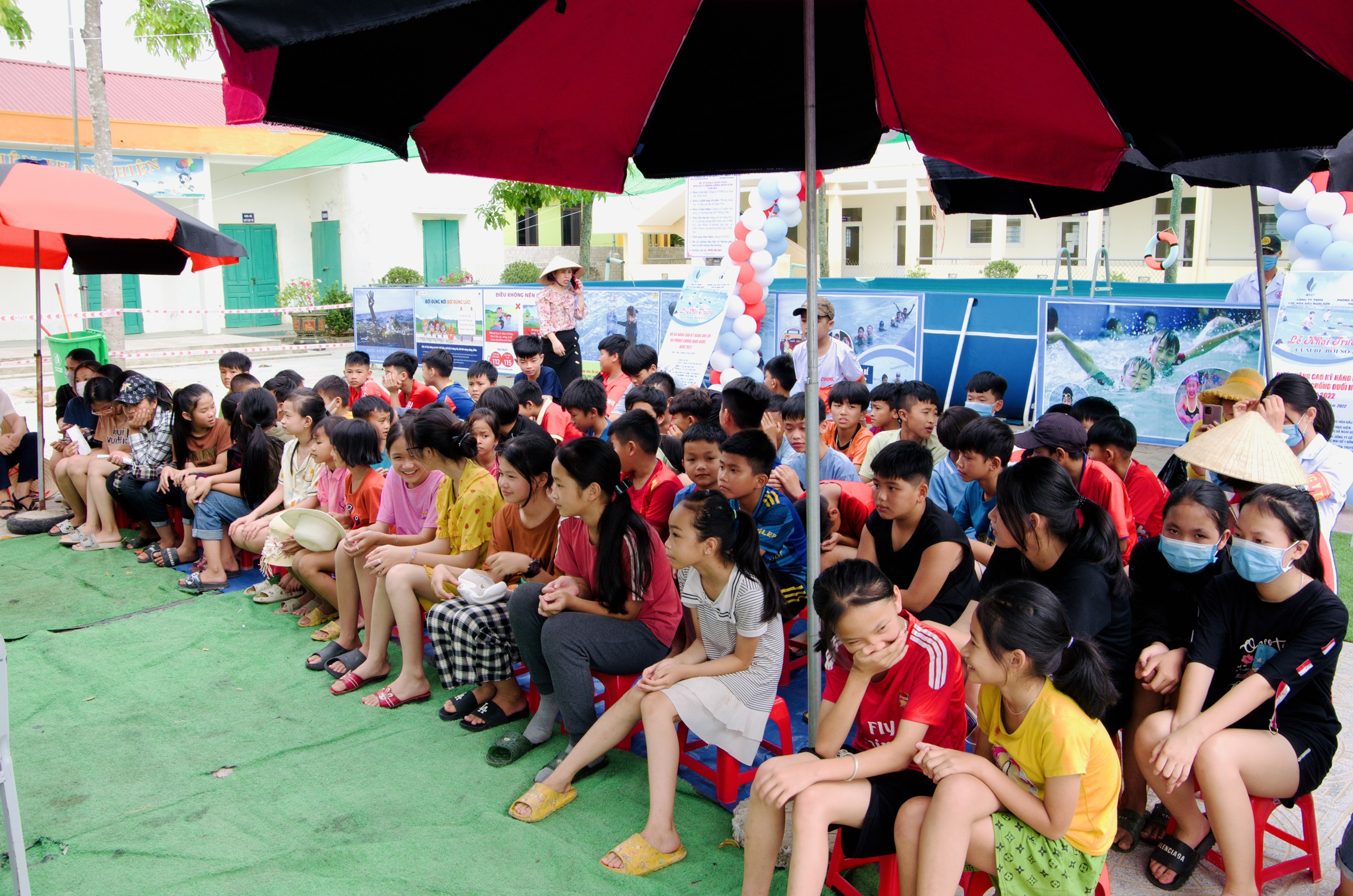 Mr. Le Van Dung, Principal of Mai Lam Primary School, shared, “In addition to sending our thanks to NSRP, I would love to spread the message out to all parents and students of Mai Lam ward. I hope our students will have more swimming skills to prevent drowning so the painful incidents that have happened in Mai Lam Ward in recent years would be limited.”

Mr. Mai Van Nam, Representative of Dong Tam No. 1 Commercial Construction JSC, also wanted to thank NSRP for sponsoring the project, at the same time he committed to achieving the proposed project goals and wishing to widely disclose the information to the local people. 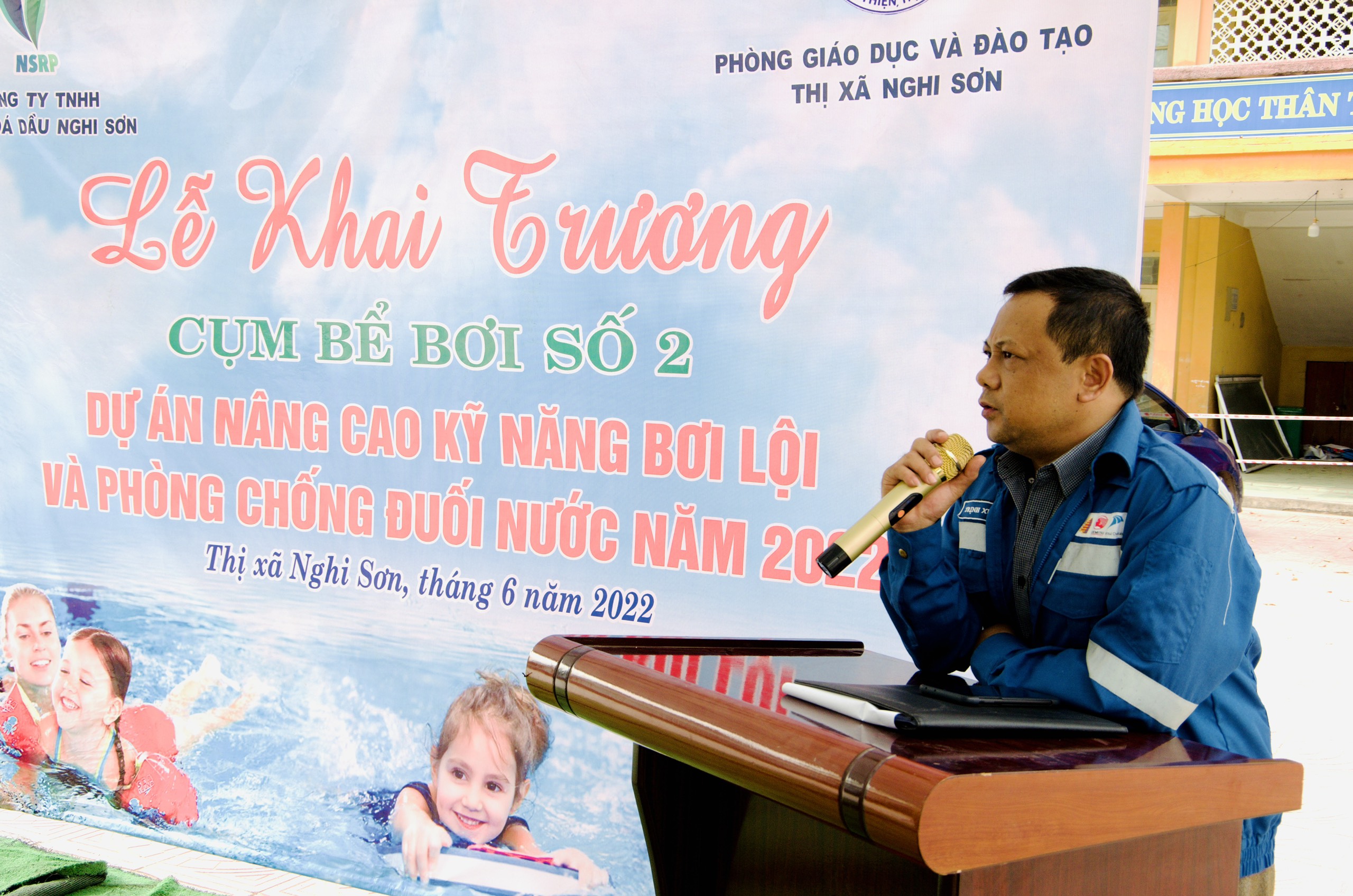 Along with the implementation of support programs for local people in the affected area over the last years, this meaningful project serves as another proof for  the companionship of NSRP to the local development, especially the communities which were directly affected by the project.